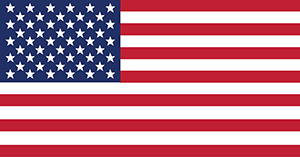 What are the differences between cut and rolled threads?

When a thread is rolled, it means the thread was formed by cold forming the steel by pressing the part between either two flat plates or round dies that have the thread pitch machined onto their face. As the part “rolls” through the dies, the pressure applied by the plates creates the thread without cutting or removing material.

A cut thread (also called a machined thread) is made by machining away the material in order to create the thread form. Cut threads, as the name implies, are made by cutting away material.

Customers who ask this question are typically looking for a product that they can offer their customer that has the highest perceived quality.

The reason rolled threads are perceived to be better than a cut thread is:

• Thread rolling dies create a thread form that has a rounded root radius.

• The rolling operation forces the steel’s “grains” to flow with the thread form.

• The cold working, of the thread rolling operation, increases the strength of the steel in the threads.

When you are dealing with non-heat-treated bolts (grade 2, grade A, low carbon steel, etc.) a rolled threaded part will have a higher strength than a bolt with cut threads in the area where the threads were formed. When a part is heat-treated (like grade 5 and grade 8 bolts) a cut thread and a rolled thread part will have the same strength. The hardness to which the part is heat-treated determines the strength and not how the threads were manufactured.

The form at the bottom (root) of the thread plays an important role in the “fatigue” resistance of the thread. A radiused (rounded) thread root does improve the thread’s fatigue resistance. Cut threads are often perceived to create a sharp point at the thread root.  A sharp point at the root does make a thread more susceptible to fatigue failures as compared to a thread with a round root. Threads can be cut using a cutting tool that has a radiused point to create a rounded root thread. A heat-treated bolt with a cut thread that has a rounded root radius will have a comparable fatigue strength as compared to a heat-treated bolt with a rolled thread.

Earnest standard product is made with threads that are rolled prior to heat treatment. When we make a special, we will cut the threads. When we cut threads, we use cutting tools that will create a rounded root thread form that will provide fatigue resistance equivalent to a rolled thread product.

The best thread form (called the aircraft quality thread) is to roll the threads after heat treatment with a large root radius, called a UNJ thread form. A grade 5 or 8 strength level bolt that has had its threads rolled after heat treatment will provide the highest resistance to fatigue failures.  If the parts have been heat-treated after the thread forming operation, the way the threads were manufactured (cut or rolled) does not provide a significant increase in the fatigue resistance.

We use cookies on our website to give you the most relevant experience by remembering your preferences and repeat visits. By clicking “Accept All”, you consent to the use of ALL the cookies. However, you may visit "Cookie Settings" to provide a controlled consent.
Cookie SettingsAccept All
Manage consent

This website uses cookies to improve your experience while you navigate through the website. Out of these, the cookies that are categorized as necessary are stored on your browser as they are essential for the working of basic functionalities of the website. We also use third-party cookies that help us analyze and understand how you use this website. These cookies will be stored in your browser only with your consent. You also have the option to opt-out of these cookies. But opting out of some of these cookies may affect your browsing experience.
Necessary Always Enabled
Necessary cookies are absolutely essential for the website to function properly. These cookies ensure basic functionalities and security features of the website, anonymously.
Functional
Functional cookies help to perform certain functionalities like sharing the content of the website on social media platforms, collect feedbacks, and other third-party features.
Performance
Performance cookies are used to understand and analyze the key performance indexes of the website which helps in delivering a better user experience for the visitors.
Analytics
Analytical cookies are used to understand how visitors interact with the website. These cookies help provide information on metrics the number of visitors, bounce rate, traffic source, etc.
Advertisement
Advertisement cookies are used to provide visitors with relevant ads and marketing campaigns. These cookies track visitors across websites and collect information to provide customized ads.
Others
Other uncategorized cookies are those that are being analyzed and have not been classified into a category as yet.
SAVE & ACCEPT
X
X